What Are the Differences Between Wireless Headphones and Bluetooth Headphones?

1. Differences between wireless headset and Bluetooth headset In terms of types

2. Differences between wireless headset and Bluetooth headset In terms of principles

When it comes to wireless earphones, everyone must be impressed by their compactness and portability, but many people don't even know how it works. So let's talk about how Bluetooth headset works.

As a matter of fact, the use of Bluetooth headsets is limited, the headset of both sender and receiver have to be equipped with an appropriative decoding chip. And in general, the one who uses a Bluetooth headset is the receiver, when turning on the Bluetooth of the telephone and connecting it with the headset, it means that the decoding chip in the telephone turns the music into a kind of specific digital signal. And then after the receiver inside the Bluetooth headset receives the signal, it will be converted into an analogue signal that people can understand.

But when it comes to performance, FM-typed headphone is the worst of all because of their low transmission efficiency and poor sound quality. The second worst is the headset with Bluetooth or infrared transmission that requires high directivity. So far, the best wireless headset is a 2.4G headset.

Relying on Unified Communications, the Pattern of Business Headset is Reshaped! 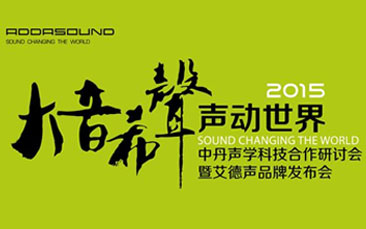